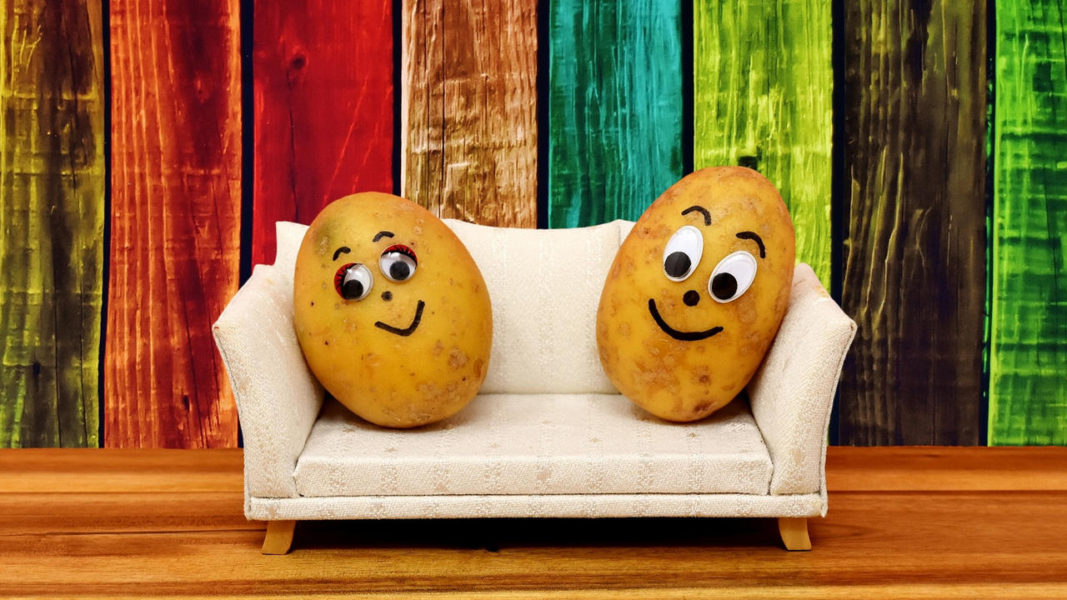 Are you an Active Couch Potato?

Living a modern life for many means we’re spending increasing periods of time sitting.  Since 1960 the number of jobs that involves sedentary activity has increased by a massive 83%. That’s a whole lot of sitting!  What are the implications?

It was found that our athlete heroes are actually not necessarily better off than those of us who are partial to a bit of sofa love.  Dr. Richard Weiler,  who’s credentials include physician for a British premier league football club and Senior Sports Physician at the British Olympic Association, looked into what his footballers did off the pitch. What he found was surprising. About 80% off pitch time was spent in sedentary states.

It turns out that just because we exercise, it doesn’t give us a pass to have a mega ass-rest.  Too much sitting is bad.  Just a few hours of sitting suppresses a gene that helps our cardiovascular system maintain a healthy aspect, and reduces the reparative inflammation that works our natural defence against injury.  Not good for a footballer, not good for us.   This gene specifically reacts to how are we spend our whole day. It reacts to our overall low intensity physical activity. A burst of exercise doesn’t seem to turn these identified genes back on.

These genes are sensitive to sitting but not affected by exercise.

All it takes is over 2 hours of sitting and the gene suppression begins. If you spend about 7 hours a day sitting you need a solution!  This is where low intensity physical activity comes in. We’ve to start thinking about doing just a little bit of movement spread over our day rather than packing it all in at the end or at the

beginning of our day.  When we do these intense exercise bursts we tend to think we’ve earned butt-time and crash on the couch – it’s called the ‘compensation effect’.   But the key is we’ve got to stay moving all day.   Micro moving!  This is good news for those who aren’t that fond of exercise.
Bonus: Moving also helps clear our mind, our productivity goes up and so does our processing.

Researchers discovered 70,000 deaths a year in the UK were linked to a lack of activity. Westfield Health surveyed 2,000 people for the NHS and found only 60 per cent knew inactivity was bad for their health, but sadly only 12 per cent thereafter took action to reduce the time they spent sitting down.

So what can we do? 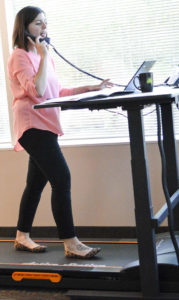 1) Start using a standing desk or if that’s too much a hybrid standing/sitting desk.  There’s treadmill desks too if you feel eager!
2) Set a reminder on your phone and get up to think on your feet.
3) Don’t send internal eMails – visit in person and deliver the information.
4) Take some stairs if it’s just a few floors to get somewhere.
5) Go for a walk in a local park at lunchtime.
6) When you are standing – be mindful of standing with your shoulders back. Balance.
7) No playstation sitting marathons for you ( or the kids! )

.. To be honest it’s fairly instinctive – but also quite personal to how you live your life.  Just give it some thought and know a little can make you healthier than a pro-footballer!  Who knew emptying the dishwasher could save your life!  ?

.. What can you do to Move a bit more throughout your day?